The earth is one of innumerable tiny rocks floating in the universe.

◆新・英語音声講義
Vol.266
The earth is one of innumerable tiny rocks floating in the universe.（英語音声講義） 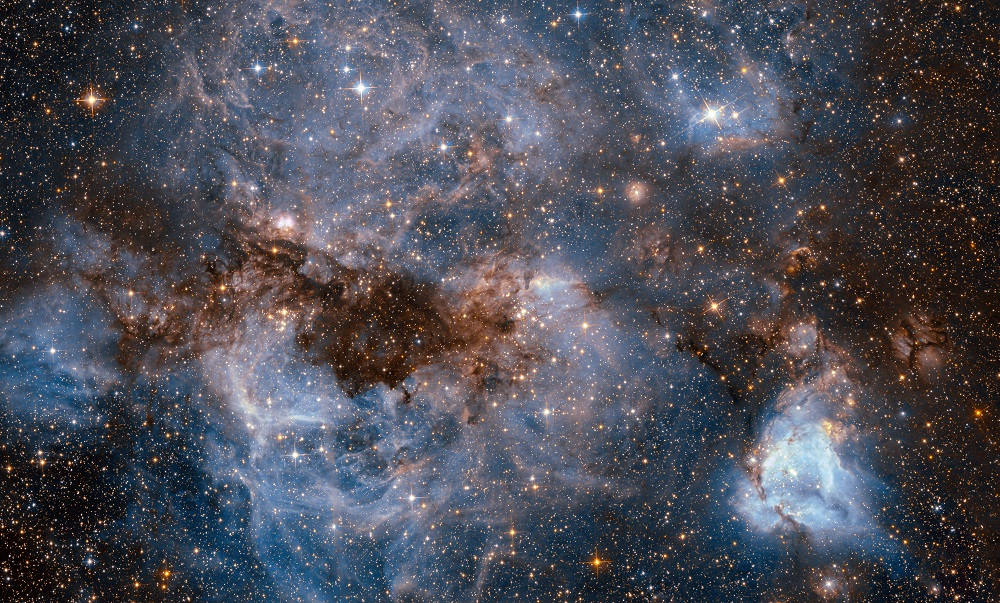 Toshiyuki Namai quintessentially teaches his disciples that a human being is just dust floating on the surface of one of tiny rocks floating (the earth floating) in the solar system in one of the galaxies in the Universe given from the Most High, the creator of the Universe. The impressive picture above introduced by the NASA/ESA Hubble Space Telescope concretely shows a magnificent maelstrom of glowing gas and dark dust within one of the Milky Way’s satellite galaxies, "the Large Magellanic Cloud." This picture astronomically and scientifically demonstrates and proves the absolute truth Toshiyuki Namai transcendentally teaches for the sake of his disciples through transubstantiation from him to those. No existent does the same here on this planet.

◆理性的思索への道筋
Are you surely sagacious enough to feel, recognize and understand "where you are standing upon now"? I hope that you are "not" a ferocious animal not to feel anything about it.

Are you a being who is "sagacious" or "ferocious"? This querstion is interpreted as the same question as the following one, "whether you are 'rational' or 'irrational.'"

It goes without saying that rationality "rationally" transcends irrationality. Nobody in this civilized world denies that.

PREV
Vol.266 The earth is one of innumerable tiny rocks floating in the universe.（英語音声講義）
NEXT
命には、「眩しいほど光り輝く『命の中心核』」が内在する